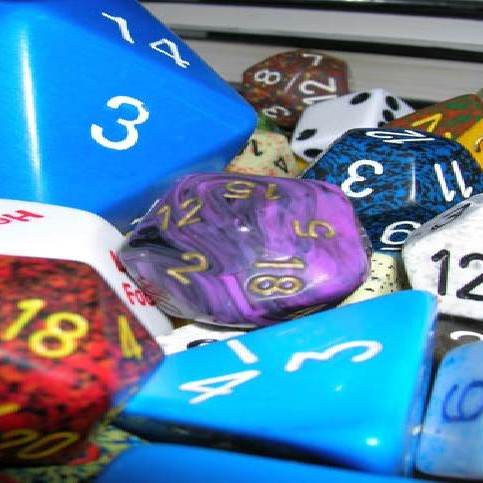 I write software. I work on computers. I play video games. And I love science fiction and fantasy. Does that make me a nerd, a geek, a dork, or more than one?

Personally, I happily brandish two of the above labels (geek and nerd), but not necessarily for the same reasons some might apply them to me. In fact, I might apply those labels to most people once I get to know them, but it would be based on a specific set of criteria that I’ve long used but never put into written words.

Indeed, most folks who consider themselves to be one or more of the above terms have specific defining characteristics that lead them to that conclusion. In those cases, there might be some commonality with the concepts described herein. On the other hand, those who do not consider themselves as any of the above might wantonly fling about these three terms in an abusively interchangeable manner. To be fair, these terms were interchangeable in first grade much like “fish” and “whales” but adults (and really teens) should choose their words with some level of precision.

So let’s get down to business, shall we? What makes a nerd a nerd? And why is a geek not a dork? In what ways are they similar? Here are the basic definitions I’d use if Webster were to ask my opinion.

The common denominator is a passion for something (anything). In fact, three distinct individuals might have an equal amount of passion for a subject, but each could be classified with a different label based on that passion’s influence on external subject matter and, in the cases of geeks and nerds, the individual’s degree of competency regarding the subject.

You might notice the total absence of Battlestar Galactica, computers, or dragons in those definitions. While it is true that there are Star Wars geeks, computer nerds, and AD&D dorks out there (I’ve been all three), the definitions extend beyond the cliche. For example, mainstream culture has come to accept the term “band geek” thanks in part to the movie American Pie. However, there are undoubtedly band geeks in the world who cannot stand science fiction and are quite terrified of computers. So how can the term “geek” apply unless it’s tied to the preceding word (“band”) in some substantial manner?

Instead, I propose that this premise applies to all subjects. The mainstream world might use a different, less colloquial term. Some might call them aficionados, enthusiasts, buffs, or connoisseurs, but they’re all really just geeks, nerds, and dorks. In fact, to roughly parallel a set of more mainstream terms, I might liken geeks to fans, nerds to experts, and dorks to addicts.

An example I use regularly relates to cars. A “car guy” might think science fiction is dumb, computers are useless, and geeks are the kids he used to stuff in the locker in high school. However, he himself may be a car geek, a car nerd, or a car dork.

A car geek is someone who has some good knowledge of cars and enjoys that aspect of them. A friend of mine (actually a computer geek as well) is definitely a car geek. He might not know all the ins and outs of all cars, but he has a passion for a certain type of car and even participates in social gatherings focused on the car itself. His fellow fans of that make/model don’t have a social awkwardness because of their passion. In fact, it gives them a common ground that facilitates social interaction. From my angle, I don’t get it (not being a car geek, nerd, or dork myself), but I can recognize that they have fun with it.

A car nerd is someone who has a vast amount of knowledge of cars and thrives on it. They’re probably a mechanic, either by trade or hobby. I don’t mean they changed their own oil one time. Rather, they’re rarely found without grease under their fingernails. They can identify an engine from the sound. They can tell a year model from a headlight shape. They can (and do) recite statistics of makes and models you’ve never heard of. And it can make you somewhat uncomfortable. They’ve got a passion, are very competent with that passion, and other arenas of their life (family and friends are the first to go usually) are sacrificed on some level to fuel their expertise.

A car dork is someone who holds a vast amount of interest in cars and is consumed by that interest. These guys might convincingly tell you a year, make, and model when they see a car drive by, and absent any car nerds, you’d assume they’re right (and they might be). The thing you’ll notice most about these guys is how they are drawn to any conversation with the syllable “car” (“Oh, your kids watched CARtoons Saturday? Well, let me tell you about this little ’76 Charger I saw last week.”), and they’re sulky if not given such an opportunity. They feel a need to be perceived as experts regardless of how much they actually know about cars (or how accurate or experience-based that knowledge is). They’re passionately addicted to the subject, and that addiction is very demanding. More demanding than the subject itself.

So let’s see how this compares to a more cliche example. Everyone knows of Star Trek, and thanks to the 2009 blockbuster hit film, it has a chance to become as mainstream as it was when the original television series came out. So following the same approach, how would one distinguish a Star Trek nerd from a Star Trek dork or a Star Trek geek?

I am, admittedly, a Star Trek geek. While I’m not a fan of the original series, I’ve watched every single episode of the Next Generation, Deep Space 9, Voyager, and Enterprise (thanks, Netflix). I have consumed a significant portion of my life watching these shows (over three solid weeks’ worth, 24/7), and as a result, I’m fairly savvy about the series. I’ve never attended a Star Trek convention, though I’m not opposed to going once for kicks. I’d get killed in a trivia contest with a Star Trek nerd (maybe even a dork), but I could see ten minutes of any show and tell you how it fits into the timeline and discuss character conflicts and growth. I enjoy it, but it’s one of many things I enjoy to that same degree.

The victor of the trivia contest is likely to be the Star Trek nerd, and rightly so. He knows his stuff. He may or may not have been to a convention, but it’s unlikely that he’d pass up the opportunity. He might collect memorabilia, toys, and models, and could display them prominently in his home. He’s read books, he’s memorized scenes, and he knows cast and crew stories and episode numbers. He’s done his homework. And if you look closely, it’s affected some other part of his life (stereotypically his social life). However, you might work in a cubicle right next to this guy and never know it. Undoubtedly his spouse, if he has one, could tell you all about it, though.

The dorks are another story altogether. They’ve never missed a convention they could attend. They might skip a family wedding so they could shake Leonard Nimoy’s hand while wearing a Starfleet uniform. In fact, they dream of getting married in that same uniform (and possibly to that same Spock). While you might never see a Star Trek geek’s or nerd’s passion, you can’t avoid the dork’s passion. They’ll shed it like dandruff. Don’t ever sarcastically say “beam me up Scotty” around them unless you’re prepared for an earful about how that line never appears in the original series. They’re passionate. And they’re quite dorky.

So I’m a nerd and a geek (on varying subjects), and I’m proud of it. Nerds and geeks tend to excel at their passion, and the presence of some degree of balance tends to allow them to operate well enough in everyday life. Assuming he/she didn’t inherit the company, your employer is probably a nerd or a geek. And you should be glad, ’cause it means you’re probably in capable hands! I prefer my wife’s doctor to be a biology nerd. I’m glad that my pastor is a Bible geek. And, you know, all those Nascar dorks sure do help the local economy since my home is so close to Texas Motor Speedway.

Be passionate, but be in control of your passion rather than allowing your passion to control you. Ben Franklin said it well. “If passion drives you, let reason hold the reins.”

Strive to be a geek. In key areas, maybe even a nerd. Keep dorkiness in check. But whatever you do, be passionate. What a mundane existence a passionless life would be.