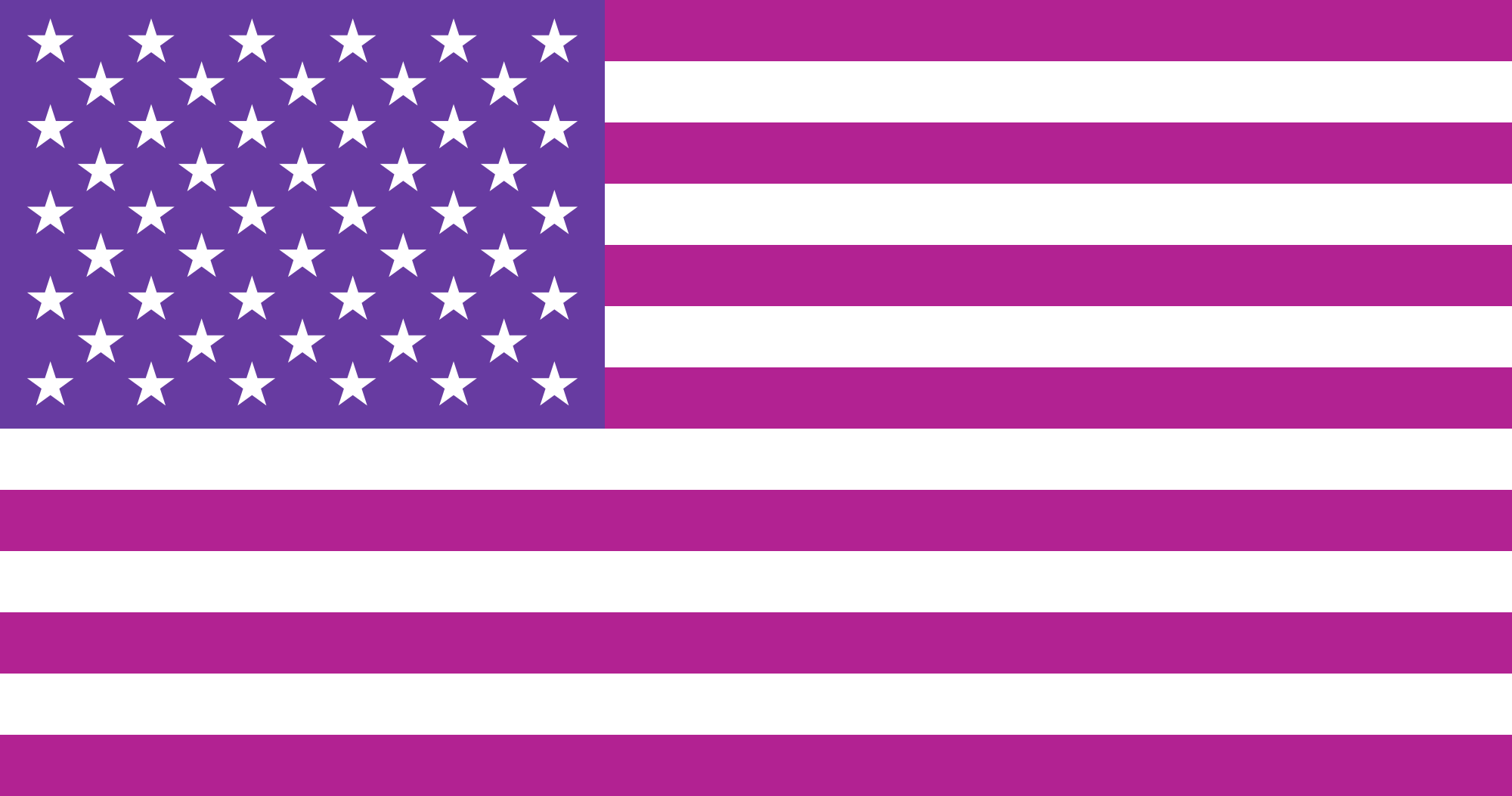 Texas has enjoyed the national spotlight in recent weeks thanks to a Senate race between an incumbent who recently ran for president and a challenger who broke fund-raising records. Election Day was yesterday, and the incumbent Ted Cruz won by a close margin (slightly more than the population of Amarillo, at least as of the time of this writing, with 99% reporting).

Looking more broadly, the Senate is held by Republicans by a slight majority, and the House is held by Democrats by a similarly narrow delta.

Interestingly, in my social media feeds over the past few weeks, I’ve seen “blue wave” and “red wave” nonstop. Both sides seemed to be expecting a landslide.

I don’t see a landslide. I see a house divided.

Red vs. Blue vs. Gray

The news and my social media feeds seemed determined to align in the recent weeks: extreme intolerance, threats, and violence.

The last time our nation was so vehemently divided, it wasn’t blue and red. It was blue and gray.

Thankfully, unlike in the 1860s, the two colors that dominate the United States are geographically dispersed. A recurrence of those events would be far more unlikely, especially given the predominance of cultural passive aggressiveness.

Still, to say the current state of affairs is unproductive might just be the understatement of the year.

A Difference of Perspective

Let’s be clear. Americans have never seen eye to eye.

As much as we can note racial, socioeconomic, or other similar correlations with political parties, this divide is more human than anything. Long ago, the only residents in the United States who were allowed to vote were, functionally, of a narrow demographic by today’s metrics:

Yet even with that profile, our forefathers found plenty to oppose each other on. The Federalist Party and the Democratic-Republican Party might not be familiar names to many modern Americans, but (thanks largely to Lin Manuel Miranda) I’d say a lot of people know about the Hamilton-Jefferson ideological conflicts that started it.

Whigs, New Deals, banking conspiracies, and countless wealthy, white, straight males in power later, we’re still a nation of differing opinions. And that’s largely what’s made us great. Different thoughts, brought together in a room, and wrestled with until common ground or meaningful compromise happens. As Aaron Burr can tell you, you want to have (and ideally be in) the room where it happened.

Today, though, we seem incapable of working together. As constituents, we’re electing officials who stand on what we tell them is the moral high ground, and we (and the media, of course) sing hymns of protection from the evils of compromise.

And that’s a real problem, regardless of which side of any given party, philosophy, or issue you fall on.

Why? Look at the numbers.

There is no blue wave.

There is no red wave.

There’s only other people, fellow Americans, who disagree with you, and they have as many friends as you do.

Our last president was elected by an electoral college and yet lost the popular vote. This isn’t even the only time this has happened in recent memory. We are a nation that is pretty evenly split, and that is nothing new to this country. In fact, that’s how our nation was founded.

But unlike then, we’ve largely abandoned the idea of working with those across the aisle, dismissing their perspectives.

Whether you’re red or blue, there’s just too many people on the other side of the room to refuse to work together.

Lincoln repeated it: “A house divided against itself cannot stand.”

Something is threatening our very nation.

Everything’s Bigger in this Microcosm

Ted Cruz won here in Texas, but not due to some massive red wave that reminded the rest of the nation where Texas stands. Republican constituents (and elected officials) need to look closely at the numbers.

This morning, I awoke to a social media version of “I told you so”. I see #KeepTexasRed and #RedTexas posts on Twitter. Lots of comments about how people outside of Texas need to leave their kooky leftist ideas out of the hard-right borders of the Lone Star State.

Come on, Texans. Are we really that obtuse? Look at the numbers. Texas ain’t Red anymore. We elected a Republican Senator. Barely. Maybe not next time. Maybe so.

Either way, this might be a good time to stop pretending like half the voters out there don’t exist.

My dad dedicated two decades of his life to the United States Navy, and I’m immensely grateful for his service. This all took place almost completely before I was born, but it shaped who he is to a profound degree. And, naturally, that influenced me.

I grew up going to air shows at Dyess Air Force Base in Abilene, Texas. I wanted to be a fighter pilot.

I grew up going to Boy Scouts and proudly saluting the American flag, and cherishing the opportunity to occasionally serve in color guard.

I grew up in rural Texas as a big fan of Lee Greenwood.

I grew up safe in the awareness that despite its flaws, America was chosen by God to be the greatest damn nation on the face of the earth.

I grew up a patriot.

I found myself on the receiving end of the very flaws I minimized and excused before. I was disenfranchised (literally), marginalized, and betrayed by the very nation I’d grown up in love with.

Emerging back into the free world, I couldn’t shake the sense that I’d visited the wizard and seen behind the curtain. When I watch political divides turn bitter (and occasionally violent), I’m disgusted. When I see friends, neighbors, and fellow citizens disregard and marginalize others because of their political persuasion, I choke up.

I was treated as less than human in prison. I’m still working through the impact that had on me. Seeing people treat others the same out in the free world? It’s like a gut punch to my patriotism every time.

Today, I strive to keep the jaded cynicism buried inside myself. When I take my son to his Cub Scout meetings, I hold my hand over my heart during the pledge. But honestly, I don’t always find myself saying the words. In his vehement patriotism, my own father might disown me if he ever even reads that sentence, but the words often taste false in my mouth.

I look at the nation around me, and something shakes me to my core. The nation I grew up in, the nation I loved, is under threat.

I don’t think I’m alone, either. Maybe folks aren’t as individually impacted by this nation’s flaws as I am, but I think a lot of people find themselves often somewhere between the extreme red and extreme blue. Somewhere purple.

And both the left and right, in all their vim and vigor, eat us purple people alive. The thing is, we’re a purple nation these days, at least if we look at it from enough distance. We’re just not self-aware enough to see that.

As long as the United States has a Red nation and a Blue nation, we’re not a nation. We’re not United. We must become, as a nation, purple.

In short, we need to learn to listen.

Whether we’re red or blue, we need to truly understand the other side.

Republicans want guns. Why? It’s not largely because they’re redneck idiots who are fine with children being murdered. But as long as Blue doesn’t listen, they won’t understand why Red wants guns.

Democrats want gun control. Why? It’s not largely because they’re irrational snowflakes yearning to dismantle the Constitution. But as long as Red doesn’t listen, they won’t understand why Blue wants gun control.

The sort of listening we need is the kind we’ve lost touch with. It’s not building a counterargument. It’s not grabbing sound bites. It’s not preparing material with which we can return to our own people and demonize the other side.

It’s seeking to understand. It’s treating others with the common decency of general respect. In Christian terms, it’s treating fellow image-bearers of God with the love that He shows us.

I believe we spend too much time in our own echo chambers. These days, they take many forms. Surely most of us are objective enough to recognize the bias of our preferred news networks, late night TV hosts, and other components of our media diet. But what about social media, digital ad networks, and other algorithm-based digital platforms that are literally designed to identify our tastes and reinforce them so they can be commercialized?

I believe that if we spent less time in our own echo chambers and more time with people (Americans) with different beliefs, we’ll learn some things.

Perhaps, we’ll even find compromises we all can tolerate.

And maybe, just maybe, we can find shared common ground: small things we actually all agree on.

Or, our divisions can become more well-entrenched.

We can spew venom on our fellow human in the name of politics. We can demonize the villainous assholes on the other side of whatever idealogical line we’ve drawn for ourselves. We can embrace our own ideology so lovingly that we can’t even acknowledge that someone else’s ideas might have merit, too. Or, irrationally, we remain so embedded in our own silo that we forget that the other side even exists.

Personally, I don’t think the biggest threat to America is a socialist-leaning, snowflake-enabling Blue who wants to impeach a Red president and excuses those who disrespect the flag and all the troops it represents all while undermining our very way of life.

I also don’t think the biggest threat to America is a racist womanizer Red who panders to right-wing political groups, ostracizes our allies, or takes joy in severing families and building wasteful walls.

I think the biggest threat to America is when a “red wave” and a “blue wave” come together, rigidly frozen in their dogmas, forgetting that water is naturally mutable, flexible, and able to change and intermingle.

I think the biggest threat to America is two neighbors who despise each other’s ideals so much that they despise the person who holds them.

Over the past several years, I’ve heard so many people on both sides compare our last two presidents to Hitler, claiming either Obama or Trump was leading us down the path of evil, and all that entails.

Hate is the biggest threat to America.

Hate is what I felt as a marginalized criminal.

Hate is what I hear in all the gloating.

Hate is the darkness we accidentally welcome in our souls.

This week, on the other side of the world, people are celebrating Diwali, a massive festival that has much of India coming together to cherish shared ideals.

Keep in mind India’s religious and cultural diversity. Diwali has origin stories in multiple faiths, yet countless members of these and other faiths celebrate the holy day together because there’s something about the idea of what Diwali represents that supersedes dogma:

Good and higher knowledge should triumph over evil and ignorance.

Hate is foreign to goodness. Hate is alien to higher knowledge.

We could use the spirit of Diwali stateside.

And I might just find a lifeline for my anemic sense of patriotism.